Welcome to the official page of BOBGOBLIN, a band whose current line-up has been together since 1994, building on a concept that started in 1992.  After some creative diversions over the years, including a period in which we released a couple of records under the name AOJ (Adventures of Jet), the group is more committed than ever to bringing our many musical, visual, and conceptual ideas to light, even as the twilight begins to sprint with us in our race to the finish while the noise of digital shit tries to drown us out.  Join us on this and other sites as we continue to release new songs, unveil new videos, and discuss the issues and inspirations that help feed our rock n' roll rants.  Make sure to sign up for our mailing list or follow us if you'd like to be notified when new songs and videos are released and when new shows are announced.  In our world, you that enjoy the BOB's rock are the Black Market Party, the boldest and most independent-spirited rock n' roll fans on Earth.  Stay tuned to this BMP channel and we will continue to lead the march of the party as we have done for the long haul.  Let's Rock!

So, obviously it's getting more and more difficult to consider the actual website when updating you, our friends and BOB fans.  Please accept this update to what the BOB is up to by taking some RAWK UP IN YOUR FACE!!

"Killer," from the 1994 indie release JET and the major-label debut 12-POINT MASTER PLAN, played live at DoubleWide in Dallas during our run of shows in August 2017.

Though the music video for "Danger" was accepted in numerous film festivals, most of them simply reward you with a screening at the festival, which is great!  However, when the American Movie Awards presented us with an award for Best Music Video, this is the first time that "Danger" was actually presented with a physical award, so that was super cool!  Mainly we're just stoked that at least one person had to rock out to the tune to make this happen.  Keep rockin' to the BOB, people! 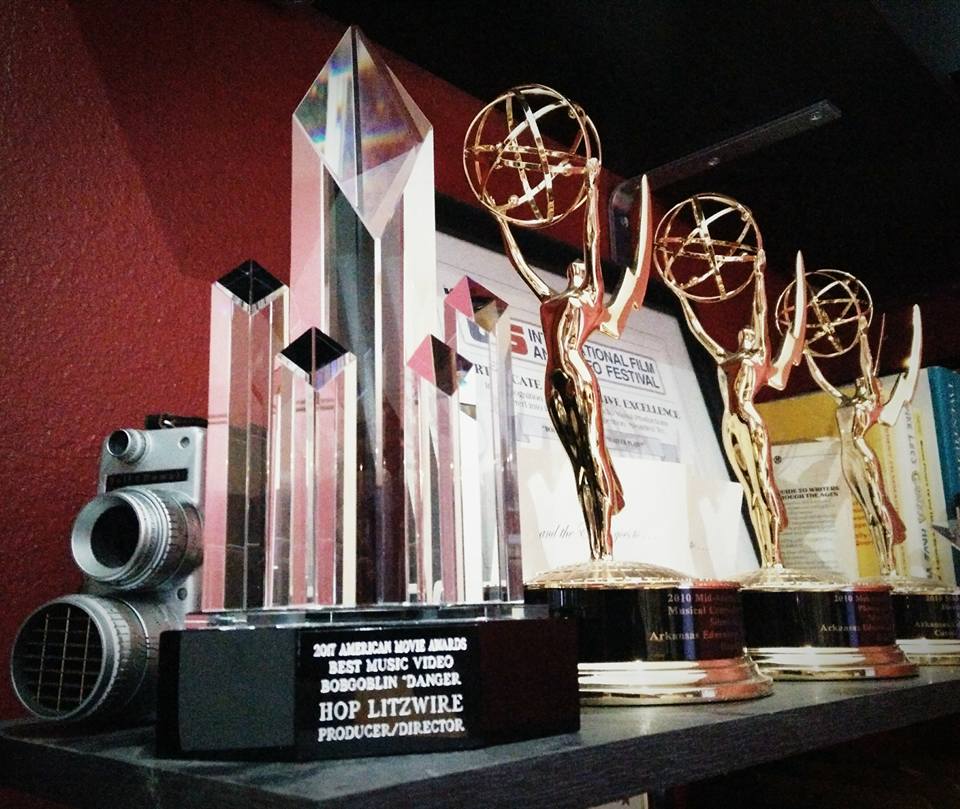 MAKING USE OF LIVE FOOTAGE FOR "POOR DANIEL" VIDEO

We had some GoPro footage from last December's rock show with the great people of Leftwoods in Amarillo, TX. Unfortunately, the sound from the GoPros was unbearable, and since we didn't have any conceptual video plan in the works for "Poor Daniel," we added the recorded track LOVE LOST FOR BLOOD LUST, dashed in some imagery, a la Iron Maiden's "Run to the Hills," and BOOM...music video. Enjoy!

From Tony's Facebook Live feed the night of the show.  The camera humorously falls down after a few songs, but Tony puts it back up a bit later.  Killer time at Leftwoods!

When I, Hop, started this band, I somewhat mistakenly (maybe because we should have just focused on music only) started it alongside a fictional concept that told the story of a rise in a world-wide, nationalist-based movement where a Stalin-esque demagogue fed on the angry white masses, galvanizing them against "the other," ultimately resulting in a tense dystopia. It was in that environment in which BOBGOBLIN traveled underground to try to support a rebellion of sorts. Believe me, we didn't really want to live out this reality. I will say, when we first made it up, critics - and I have even agreed with some of their opinions on the matter - dismissed the concept as "unweildy" and stupid. Yeah, unfortunately it was so stupid that it had to begin to unfold in real life. Yes, in the REAL story - that of the election in a REAL nation - democracy was at work, and people seemingly were speaking in favor of anti-establishment and what they THINK will help them economically (it won't help anyone in this band, because a Republican rubber stamp means the loss of each of our health care benefits, which had been only facilitated in recent years by the Affordable Care Act). But it was also a clear validation of ideas, words and actions that no one should pass on to their children, if they prefer that they be respectful individuals:
"Mexicans are Rapists and Criminals"
"A Mexican Cannot Judge Fairly."
"I don't rent my property to black people (and I settled on this issue when the DOJ sued me for it)."
"Black guys cannot count my money"
"Laziness is a trait in Blacks - It's not anything they can control (exact quote)."
"KKK Leaders are welcome to campaign for me."
"No way a black president is a legitimate leader. He probably wasn't even born here."
"Muslims should be banned"
"Even when black kids are found not-guilty, they're still guilty."
"Protesters should be roughed up."
"It's okay to make fun of the disabled when they don't agree with you. Even when they're 12-years old and have Cerebral Palsy, go ahead and physically kick their wheelchair out of rallies if they express an opposing view (That actually did happen)."
"Soldiers aren't heroes if they're caught and held prisoner (the opinion of a draft dodger, by the way)"
"Jews are still to blame for most of our problems."
"If you don't feel like it, don't pay bills to people who don't have enough money to come after you for not paying them"
"It's okay to insinuate grab-ass with your daughter."
"If you're emboldened enough, grab any women's pussy at will. They'll let you do it."
"Women who are not perfectly fit are not worthy."
"Just generally...women suck unless they want to fuck me, provided I deem them attractive enough to do so."
"Oh....and fuck health care for people who wouldn't otherwise get it (which includes the guys in BOBGOBLIN)."

Many will claim that the next leader of the "Free World" doesn't really believe these things, and perhaps it's true, but so many rushed out to vote FOR him because they do believe those things. From the Virginia KKK Leader: "“The reason a lot of Klan members like Donald Trump is because a lot of what he believes, we believe in.”

This is not some sour grapes speech that I came up with just because Donald Trump - a joke candidate from a satirical, Jonathan Swift-ian world - is the next President of the United States (in fact, we as individuals in this band don't adhere lock-step to a political party, pining instead for an anti-establishment movement of a DIFFERENT sort). Nae, we have always been built upon speaking about women's issues and demographic bullying, so bringing up these implications is not some new territory for us. In fact, it's old hat. However, this IS a realization that the aforementioned, disgusting insinuations and statements have been validated tonight as OKAY by the masses. If all of those things are clearly OKAY to believe, out in the open, in the 21st Century....than, no matter what the President and his future rubber stamp government do, the people themselves are going the wrong way; a way in which they just CANNOT abide by certain groups of people, who they will statistically never meet or deal with, doing things without their permission, oversight, and punishment. And the original BOBGOBLIN concept, where the zenophobia of angry white people was legitimized and stoked by an emboldened leadership - the concept that we dumped in favor of focusing on our music - is, at least in part, unfolding in plain sight tonight. The question for the band now is - will it result in a record? Maybe we already did. I wrote "Feel No Pain" about President Bush and his banking industry buddies, I thought. But if you read the lyrics, it actually fits Donald like 10 times more appropriately.

A notice for either die-hard collectors of BOBGOBLIN music and vids or for the curious: we have made video files for "Danger" and "Sinistar" available on the videos page. These files are much cleaner-looking than even the HD versions on Youtube, so if you want a better-quality video for the BOBGOBLIN archive that I'm sure you all keep on your devices, you can find them here.

ANOTHER SELECTION FOR "DANGER"

We're excited to announce that our video for "Danger" has been selected at The Monthly Film Festival, an international online-based film festival.  Help users and judges get interested by going to the special page the festival has set and rating our video!
http://tmff.net/movies/bobgoblin-danger/ 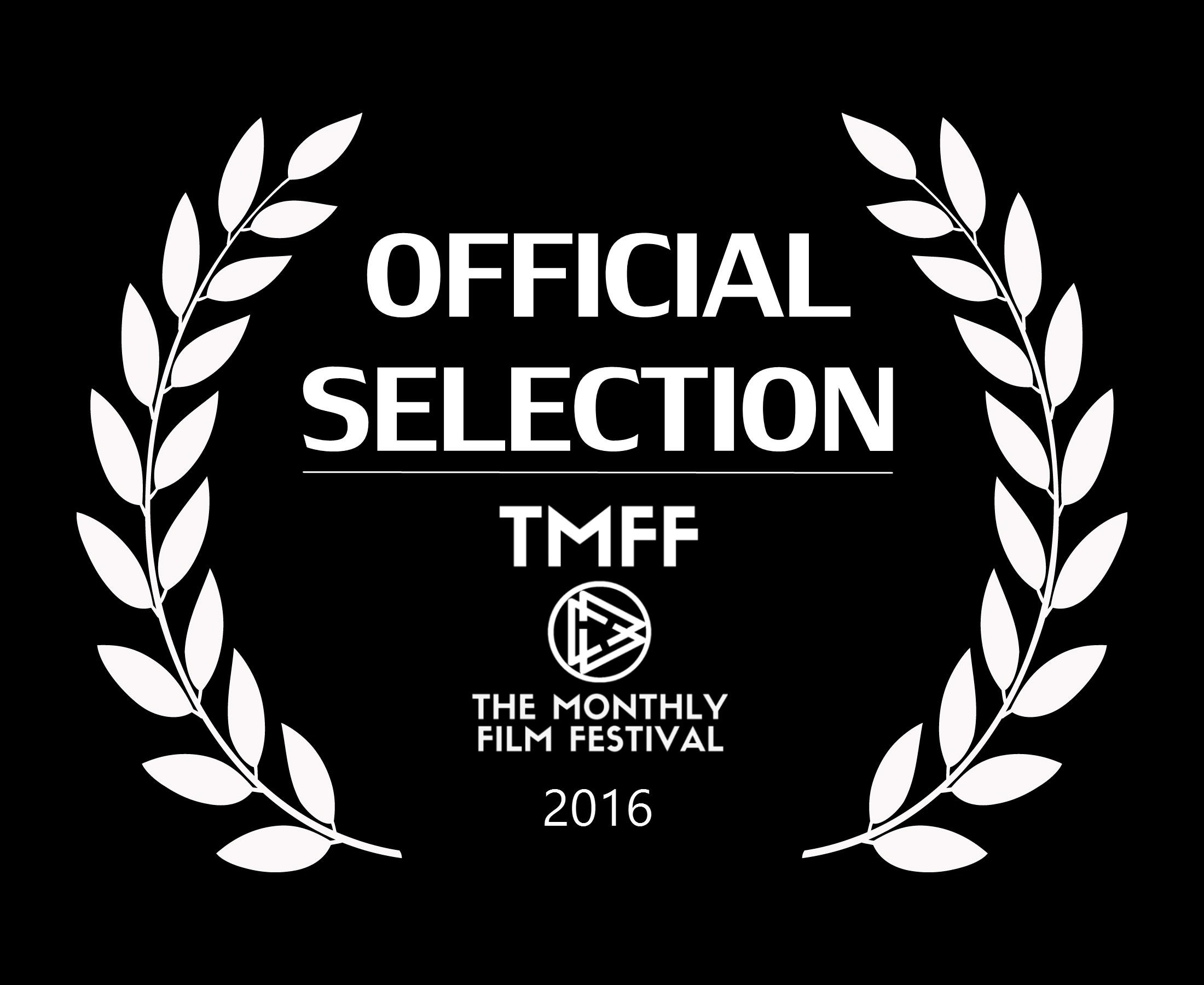